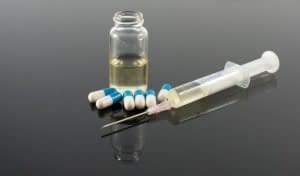 The possession, use or sale of certain controlled substances is illegal under both federal and Michigan state law. The specific charges can vary depending on a number of factors, including the type and amount of drugs involved. For those who have larger quantities of drugs or who are suspected of intending to sell or deliver illegal drugs, the charges are very often felony charges with serious potential consequences.

Simple possession or possession of drug paraphernalia is usually a misdemeanor offense that may result in less than a year of jail time, while felony drug charges are much more serious.

Some examples of felony drug charges include:

Michigan has relaxed its drug laws somewhat when it comes to marijuana. If you possess any amount of marijuana, your maximum penalty is up to one year in prison and fines up to $2,000. No amount of marijuana possession will lead to felony charges, unless you are cultivating, selling or intending to deliver it. This is very different from the rules for heroin, cocaine, MDMA and other dangerous or highly addictive drugs.

Felony Drug Charges for Heroin and Cocaine and Other Narcotics

Under both Michigan and federal laws, drugs are classified into different schedules based on how dangerous the substances are and whether they have any legitimate medical use. For example:

Other controlled substances classified as Schedule I or Schedule II drugs include:

Oxycodone and certain other Schedule II substances are available by prescription. While you are permitted to have these medications with a valid prescription, they are illegal to possess, use or distribute unless under the orders of a licensed physician.

Penalties for Felony Possession of Heroin, Cocaine and Other Narcotics

Because heroin and cocaine are among the most dangerous drugs, the penalties are harsh for felony drug charges related to these narcotics. For example:

You may also face a felony charge of possession with intent to sell if the drugs are packaged in such a way that indicates they will be sold or if you have paraphernalia indicating the drugs are for sale and not simply for use. For example, having marijuana or other drugs divided into individual baggies or having a scale for measuring grams may be considered indicators of intent to sell a controlled substance.

While many drug crimes are based on the possession of illegal drugs, you can also be arrested and charged with a crime if you violate the laws related to prescription drugs.

The consequences of possessing prescription pills without a prescription vary depending both on the type and amount of medication. For example:

Both individuals and physicians can face felony charges for obtaining, using or distributing certain prescription pills without a prescription. Doctors who illegally misuse their authority to prescribe medications may face much harsher consequences than individuals who simply possess illegal prescription drugs for their own use.