Why Should You Contact A Criminal Defense Attorney After A Drug Charge?

Attorney Paul Tafelski is a criminal defense attorney who has been handling drug related cases in Michigan for almost 20 years. He sees a number of different types of cases, related to every kind of situation you might imagine.

How Often Are Charges Either Reduced Or Dropped?

In the majority of cases where the client doesn’t have prior drug convictions, attorneys are able to work out some kind of deal for them to either lower the charges or give them an opportunity to get the charges dismissed and ultimately keep their record clean.

However, once they already have prior drug convictions, then it becomes more difficult but still there are times when attorneys are successful even in those situations. So, you never want to give up until you’ve exhausted every effort to try to get the best possible outcome.

What Sets The Firm Of Paul Tafelski Apart In Dealing With Drug Charge Cases?

Experience sets the firm of Paul Tafelski apart. They have been doing this for many years and in many different locations. They’re familiar with the mistakes that sometimes get made by the police, there are some of the misconduct that occurs at the hands of the police where drugs were found improperly or a stop isn’t proper. They know where to look to try to challenge the evidence. In the event that there is an illegal arrest or an illegal search, they’re able to identify that and challenge it.

They also understand the problems people face with the drugs and the type of complications that occur in their life and through experience, they’re able to present those things in a way that appears more favorable to the client and it usually gets them some extra considerations by the prosecutor or the judge when it comes to sentencing because they know how to best present their client’s situation and how they got to that point and what they’re going to do about it and how they’re going to make their lives better.

Overall, it’s familiarity and experience with clients facing these kinds of problems and the court systems and how they deal with it.

What Options Do People Have Once They Are Arrested And Charged With Possession Of Drugs?

Many times, people who get arrested and charged with a possession of drugs, especially marijuana or other types of street drugs, they don’t feel they have much alternative but to show up in court and throw themselves at the mercy of the court.

People need to realize that even if you happen to be totally guilty and caught red-handed and the police didn’t do anything wrong, there is still a lot that can be done to help your situation, whether it be keeping this conviction off of your record or keeping your driving privileges or minimizing how long you’re on probation and what the terms and conditions are going to be.

There are definitely things that can be done to make this less of a problem than it may otherwise be. For example, on any felony, the judge can put you on probation for up to 5 years even if they don’t put you in jail. During that 5 years, they can make you do drug and alcohol test 3 or 4 times a week for the whole period. In case if you violate, they can put you in jail and send you to prison.

If you were going to get 3 years of probation and instead you got one year probation, that would be a much better outcome for you. So you have to look at all the details because people don’t appreciate how difficult the court can make things on them if they don’t put their best foot forward and don’t understand what the court wants from them when facing a drug charge.

If you want to Contact A Criminal Defense Attorney After A Drug Charge, call the law office of Attorney Paul Tafelski for a free initial consultation at (248) 451-2200 and get the information and legal answers you’re seeking. 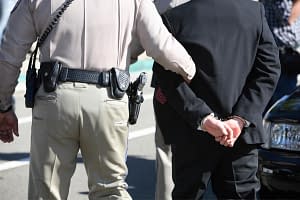 What Is the Difference Between DUI, OWI, OWPD, and OWVI Charges in Michigan?